The Most Relaxing Song Ever? 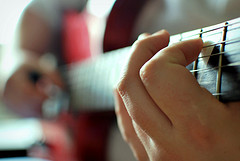 With the help of sound therapists, a musician trio named Marconi Union worked to create the ultimate song for relaxation. While music is an extremely subjective experience, many have found this song to be more relaxing when compared to Mozart, Coldplay, and Enya. The single song they created, dubbed “Weightless,” has attracted more than 12 million fans for its calming effects.

The Science Behind The Relaxing Song’s Design

In cooperation with Lyz Cooper, the UK’s leading sound therapist and founder of the British Academy of Sound Therapy, Marconi Union sought to create a song specifically for its calming effects that later could be tested in a scientific study for effectiveness.  The song’s tempo was strategically set at a speed of 60 beats per minute (or BPM) that gradually lowered down to 50 BPM. A BPM of 60-50 was selected because it allegedly induces a trance-like state by synchronizing with the heart and brain waves. Lyz Cooper commented on the design of “Weightless:”

“The song makes use of many musical principles that have been shown to individually have a calming effect. The harmonic intervals [gaps between notes] have been chosen to create a feeling of euphoria and comfort. And there is no repeating melody, which allows your brain to completely switch off because you are no longer trying to predict what is coming next.”

The absence of a distinguishable melody is essential to the calming effects of the song. When listening to a melody, we begin to predict the next note before we even hear it. Since there is no melody in “Weightless,” we do not unintentionally anticipate notes.

As a result, we can let go of any anticipations that prevent us from achieving a higher state of relaxation. In other words, the brain is allowed to “shut off” or minimize stimulating thoughts. It is important to listen to the whole song to fully gain its benefits. Many people have found this song to be extremely beneficial as an aid to falll asleep.

The study, also conducted by the British Academy of Sound Therapy, tested its effects on 40 women who were connected to sensors that monitored heart rate, blood pressure, respiration, and brain activity. While given the assignment to complete challenging timed puzzles, different songs were played from artists such as Coldplay, Mozart, Enya and Marcaroni Union’s “Weightless.”

“Weightless” was found to be 11% more relaxing compared to the other songs that were assessed. Furthermore, the participants on average were found to have a 65% reduction in overall anxiety and the song reduced their normal or base line anxiety scores by 35%.  The song was also noted to produce a higher level of relaxation when compared to a cup of tea or massage.

While this song certainly may be relaxing and the study seems to support its effects, there are important flaws in the study to mention:

1. The study used only women and had a small sample size
2. The demographics and age of the participants were not noted as these variables could determine music preferences
3. Music is an extremely subjective experience. While some people find one song relaxing, others may completely disagree.

As explained above, music is an extremely subjective experience. So while this study may reveal the calming effects of this song, it cannot conclusively be named “The Most Relaxing Song Ever” like many other articles have dubbed it. Such a title is undoubtedly used to sensationalize and get more readers. There is no possible way a single study that only used 40 women can determine the most relaxing song ever. Nevertheless, many people, including myself do indeed find the song to be very relaxing. Such songs may be useful to unwind after a long day or relax you after stressful events.

Ultimately, if the song coaxes you into a state of relaxation, then that is great (and great for your health)! If not, then it was worth a try; just stick to what you think relaxes you the most when you feel the need to unwind after a long and stressful day.

Healthy MindMusicRelax
About the author

Related posts
10 Ways You Can Naturally Improve Your Digestion
September 19, 2015
How Inflammation Can Make You Sick and Help You Heal
September 8, 2015
9 Telltale Signs You are Suffering From Low Magnesium
August 26, 2015
Want to Slow Down Aging? Try Meditation
July 22, 2015
What Are The Health Benefits of Turmeric
July 11, 2015
Turmeric Nutritional Benefits and Contents
July 1, 2015